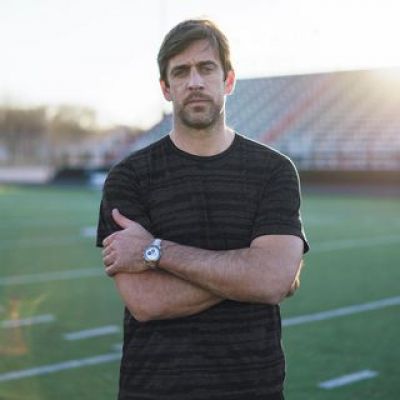 Aaron Rodgers is a well-known quarterback in the National Football League. Aaron Rodgers has recently gained notoriety as a result of his engagement to Shailene Woodley, a filmmaker, activist, and actress.

Who is Aaron Rodgers? Aaron Rodgers is a 37-year-old quarterback who was born on December 2, 1983. His zodiac sign is Sagittarius, and he was born in Chico, California. Aaron’s parents are Darla Leigh (née Pittman) and Edward Wesley Rodgers, and he has two siblings. Edward is a chiropractor from Texas. Aaron’s father also played football for the “Chico State Wildcats” from 1973 to 1976 as an offensive lineman. Aaron has two younger siblings, Luke and Jordan. Aaron’s ancestors are also English, Irish, and German.

Aaron’s family has relocated to Ukiah, California. Aaron went to Oak Manor Elementary School there. Aaron was featured on the front page of the “Ukiah Daily Journal” when he was just ten years old. This award was given to Aaron for his outstanding performance in a local basketball free throw competition. Aaron’s family later relocated to Beaverton, Oregon. Aaron Rodgers went to Vose Elementary School and Whitford Middle School in the area. He also played shortstop, center field, and pitcher in the Raleigh Hills Little League.

Aaron Rodgers is a well-known quarterback in the United States. He is a member of the National Football League’s “Green Bay Packers” (NFL). The footballer was a member of the “California Golden Bears” in college. Aaron set a number of career passing records there. This includes the lowest interception rates in a single season and over a lifetime. The Packers have picked Aaron in the first round of the 2005 NFL Draft.

Aaron’s first two years of football were spent as a quarterback at Pleasant Valley High School, where he accumulated 4,421 passing yards. Aaron’s family returned to Chico in 1997, making this possible. Aaron also set single-game records by scoring six touchdowns and accumulating 440 all-purpose yards. In 2001, the young player set a single-season school record with 2,466 total yards. In the spring of 2002, Aaron graduated from Pleasant Valley High School. On the SAT, the footballer received a 1310 score and an A- average.

In the same way, Aaron Rodgers took over as the Packers starting quarterback in 2008. This was after spending the first three years of his NFL career as a backup quarterback for Brett Favre. Then, in 2010, Aaron led the Packers to victory over the “Pittsburgh Steelers” in Super Bowl XLV. Aaron was named Super Bowl MVP in this game. Aaron was also named “Associated Press Athlete of the Year” in 2011, and the Associated Press voted him league MVP in 2011, 2014, and 2020.

In addition, Aaron Rodgers ranks third all-time in the NFL in regular-season passer ranking. During the regular season, he has a passer rating of over 100. Aaron is the first player in history to have a career ranking of 100. Aaron also had the highest passer rating, best touchdown-to-interception ratio, and lowest passing interception rate in NFL history for the entire decade of the 2010s.

Aaron is also second in postseason touchdown passes and fifth in career passer rating in the postseason. With a touchdown-to-interception ratio of 4.63, the footballer is the second-best in NFL history. The young quarterback has the lowest career interception rate (1.4%) and the highest single-season passer rating (122.5) in the league. Furthermore, many sportscasters and players regard Aaron Rodgers as one of the all-time greats and most talented quarterbacks.

Who is Aaron Rodgers’s Girlfriend? Aaron Rodgers recently announced that he would marry actress Shailene Woodley in February 2021. Shailene Woodley is a well-known actress who has appeared in films such as The Descendants, The Secret Life of the American Teenager, Big Little Lies, The Spectacular Now, and The Fault in Our Stars. Aaron’s fiancée is a filmmaker and activist in addition to being Aaron’s fiancée.

As the Green Bay Packers quarterback casually dropped in an announcement on Saturday evening, the footballer dropped the big announcement at Super Bowl Sunday. Aaron previously had a relationship with actress Olivia Munn from 2014 to 2017. In the same way, he dated Danica Patrick, a former NASCAR driver, from 2018 to 2020. Aaron and Shailene have been related to each other since the second half of 2020 when it comes to the newly engaged couple. Aaron Rodgers praised his “fiancée” during his NFL MVP acceptance speech in February 2021. This was the official announcement of his engagement to actress Shailene Woodley.

During COVID, the lovers were also seen in the Green Bay area. This contributed to the relationship rumors. Aaron and Shailene’s relationship, on the other hand, became serious much sooner than anticipated. Whether or not their relationship is progressing quickly, the couple is very pleased with each other.

Aaron Rodgers joined Twitter in April 2010 and now has over 4.4 million followers on his @AaronRodgers12 account. He can also be found on Instagram, where he goes by the handle @aaronrodgers12.