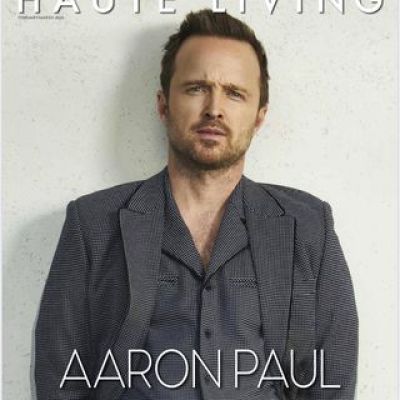 Aaron Paul is well known as an actor. He is also a voice actor who has appeared in a number of animated films and shows.

Who is Aaron Paul? Aaron Paul Sturtevant was born in Emmett, Idaho, on August 27, 1979. He is the son of retired Baptist minister Robert Sturtevant and his mother, Darla Sturtevant. Aaron Paul grew up with his four older brothers and sisters. He is now 41 years old and born under the zodiac sign of Virgo. Aaron Paul is a citizen of the United States. He considers himself to be a Christian. Aaron Paul went to Boise, Idaho’s Centennial High School. When he was younger, he used to act in church plays. He was interested in acting and wanted to try it as a profession, so he took acting classes at his school’s theatre department. He then moved to Los Angeles with his mother to pursue an acting career.

In 2013, he received the Milano International Film Festival Award for Best Supporting Actor for his role as Paul in “Decoding Annie Parker.” He also starred in 2014 films such as “Need for Speed,” “A Long Way Down,” and “Exodus: Gods and Kings.” In the same year, he tried his hand at producing the film “Hellion,” for which he won the Grand Jury Prize Award for Narrative Feature Competition. He appeared in a number of other films over the years, including “Fathers and Daughters,” “Central Intelligence,” “The 9th Life of Louis Drax,” “American Woman,” and several others. He recently starred as Adam Niskar in the upcoming drama film ”Adam.” Other actors in the film included Jeff Daniels and Tom Berenger.

Aaron made his television debut as Chad in the 1999 series “Beverly Hills, 90210.” He starred in three films in the same year: “Melrose Place,” “Suddenly Susan,” and “3rd Rock from the Sun.” In the year 2000, he was a contestant on the game show “The Price is Right.” He starred in other series the following year, including “100 Deeds for Eddie McDowd,” “The Division,” “Nikki,” “The X-Files,” and “The Guardian.” He also appeared in an episode of ”CSI: Crime Scene Investigation” and ”Birds of Prey” in 2002. Aaron Paul also played Owen Turner in the television film “Wasted.” He also appeared in episodes of Veronica Mars as Eddie Laroche in 2005, Robot Chicken as Glenn in 2012, The Simpsons as Jesse Pinkman in 2013, and Saturday Night Live as Meth Nephew in 2013.

Aaron’s breakthrough role was in the AMC series “Breaking Bad,” which aired for five seasons and 62 episodes from 2008 to 2013. In the series, he played Jesse Pinkman, who serves as the moral compass. This series received mostly positive feedback and universal acclaim. Many prestigious awards were also given to the program, including the Primetime Emmy Award, Satellite Award, Golden Globe Award, Critics Choice Award, and many others. Furthermore, he played Todd Chavez in the series “BoJack Horseman,” which aired from 2014 to 2020. He also served as the show’s executive producer. In 2019, he starred as Warren Cave in “Truth Be Told,” In 2020, he will play Caleb Nichols in “Westworld.” Aaron Paul first appeared with Everlast in music videos such as “Thoughtless” and “Screaming Infidelities” in 2002 and “White Trash Beautiful” in 2003.

Who is Aaron Paul’s Girlfriend? Aaron Paul proposed to Lauren Parsekian in Paris on January 1, 2012, and they married on May 26, 2013, in Malibu, California. In February 2018, this couple welcomed a baby girl called Story Annabelle.

In addition, he had his wife’s hands in charity. They’ve been active in the “Kind Movement,” an anti-bullying program. Furthermore, he and his ”Breaking Bad” co-star Bryan Cranston had the show’s title tattooed on the final day of shooting.

Aaron Paul decided to take a break from social media in December, announcing it on his Twitter account, saying, “I have decided to take a break from all things social media.” For the time being, I’m keeping my head up and my phone down. I require some time to concentrate on my job and family. I can’t express my gratitude enough for your love and encouragement. Many blessings to you all.”

Aaron Paul was nominated for 24 awards, and he won ten of them for his contributions to the film industry. He has won several prestigious awards, including four Primetime Emmy Awards, three Saturn Awards, a Satellite Award, a Screen Actors Guild Award, a Critics Award, and a PRISM Award.

Aaron Paul’s Income And Net Worth

How much does Aaron Paul? Aaron Paul is a talented and versatile actor who has amassed a large amount of notoriety, wealth, and fortune. His net worth is currently estimated to be $16 million.